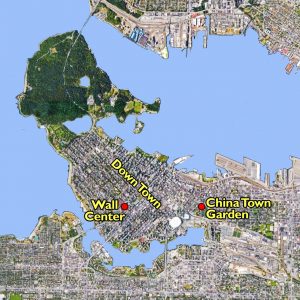 Vancouver has a large Chinese population with the early immigrants having arrived at the time of the mid-nineteenth century gold rush and the construction of the Canadian Pacific Railway in the 1880’s (Wikipedia). In 1999 the immigrant population had been swollen due to the handover of Hong Kong in 1997 to the extent that the city was being nicknamed “Hongcouver”!

The China Gate at Pender Street, at least as it was in 1999, dated back to the 1986 World Expo in Vancouver. Also dating back to that time, the Dr. Sun Yat-Sen Classical Chinese Garden was constructed in the exact manner of a “scholars” garden of the Ming Dynasty (1368-1644) using the same historic techniques, and without the use of modern tools or machinery. It is named after the early 20th century first President of China who had connections with Vancouver.  The components of the garden were shipped from China and assembled by 52 Chinese artisans who came to Canada for the two years needed for creation.

The paving patterns in each courtyard are different being constructed from water worn pebbles, quarried stone, and broken rice bowls and roof tiles. In the study area are enclosed windows which represent the seasons. 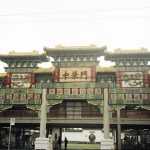 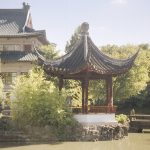 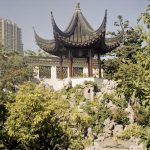 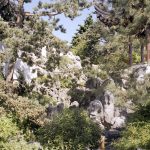 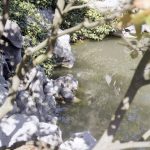 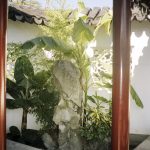 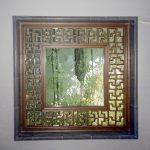 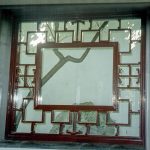 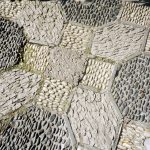 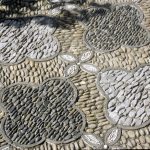 A feature of downtown Vancouver was that they still had trolley buses. I struck me that two of the nicest cities in which to live had clung onto older mass transport systems; Melbourne with its trams and trolleybuses in Vancouver. A newer innovation were the stretched limos which, in 1999, were not something which I’d yet seen in the UK. Being in the meeting, I did not explore downtown Vancouver as much as Zoe who discovered the “Junction” Cafe at 103 Burrard, quite close to the hotel. In 1999 social life back in St Denys still was centred on the Junction Pub. Finally, seeing a large kayak carried on a sport utility vehicle reminded one of the type of country surrounding Vancouver. 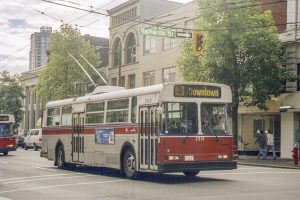 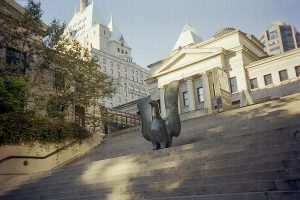 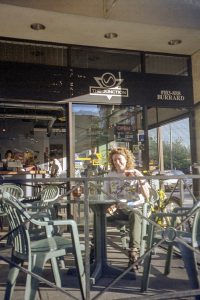 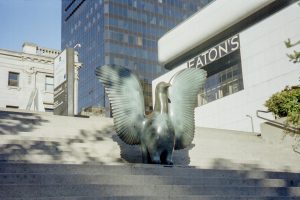 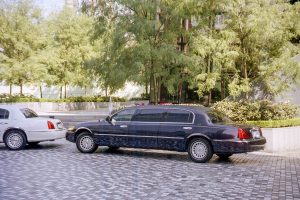 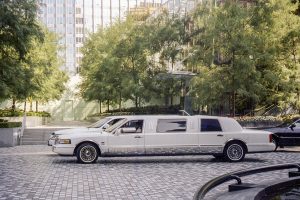