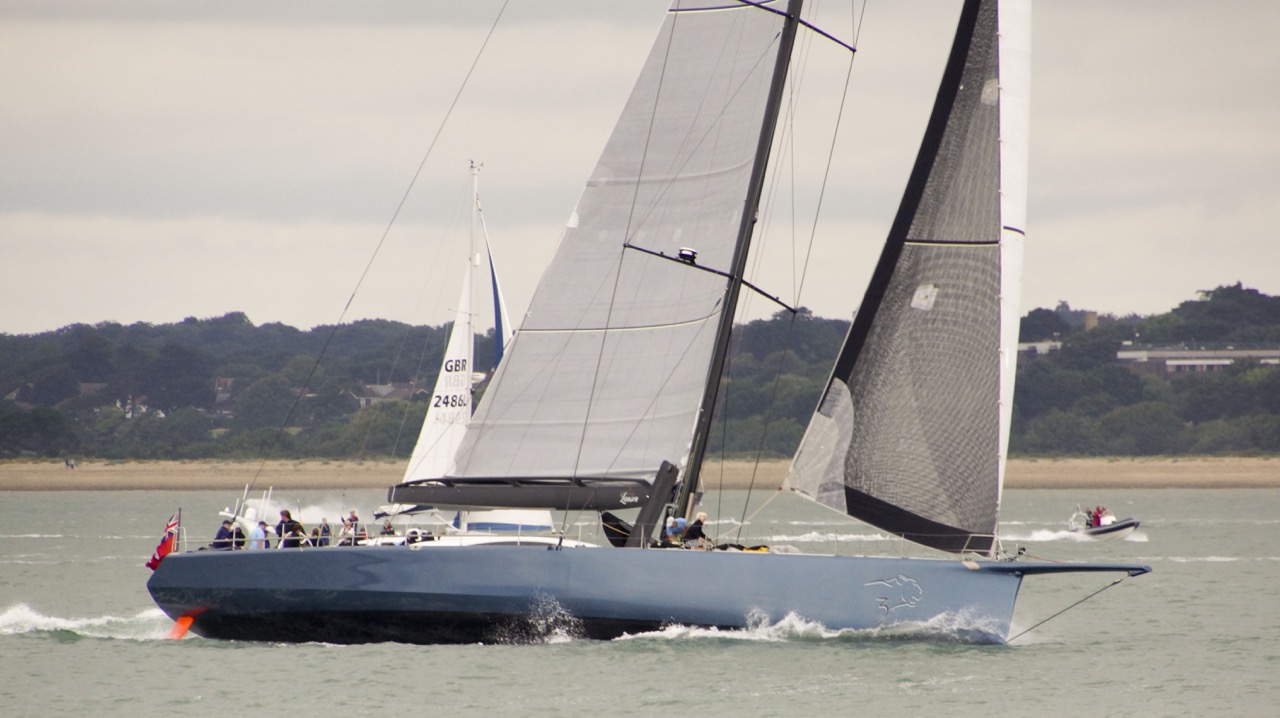 The earlier photos were taken from Calshot Tower NCI with a Canon “snapshot” camera or using my iPhone so the definition is not good. After the 23rd JUly almost all the photos are taken using a much better DSLR camera with a zoom lens.

17th July: photos taken from the Castle of the Tower and of the Spit

31st July: A call to the CG that a yachtsman had been hit on the head by the boom on a yacht off the Beaulieu River resulted in both Calshot lifeboats being launched. The Atlantic brought the yachtsman back while the IRB towed the yacht back and put it on one of the moorings. Later in the day a motor cruiser with its anchor warp wrapped around the stern drive managed to moor itself by Bald Head buoy. When we went off watch both the Calshot LB and the Hamble LB were trying to move the casualty with little success!

7th August: It’s Cowes Week! Yacht Leopard seen from the base of the Tower. “SP” now has two outriders. A container ship negotiates the racing. An “ocean front” near the Tower. Leopard returns more reefed. The MOD 70 trimaran of “Team Concise”.

14th August: The container ship CMA CGM Amerigo Vespucci was approaching when I finished my watch – one photo from the Tower and three photos after descending to the ground!

28th August: A couple of photos of Solent Breezes to illustrate last weeks incident, a passing trimaran, and the Esso jetty tugs waiting close to the Tower for an incoming tanker.

4th September: A converted second-hand lifeboat, a gas tanker, and one of many gaffers that passed during the day. Watchkeeper TC wanted some photos of himself in the Tower to illustrate a talk about NCI – for photos see the 4th September photo album.

25th September: The Jolie Brise is a fine sight in a force 6 wind, in contrast to an enclosed car carrier!

2nd October: Two classic yachts; the ketch is called “Maybe” and operates as a training ship [visit their web site]

16th October: A meditterranean looking gaff ketch during a day of showers and rainbows.

23rd and 30th October: On the 23rd, the Lord Nelson training ship with a person in a wheelchair on the bowsprit. On the 30th, a foiling kite-surfer; then Buzz a yacht with radio set to US channels – they thanked us for telling them! 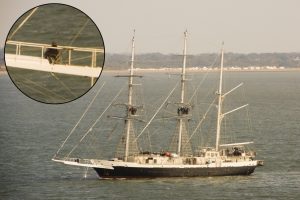 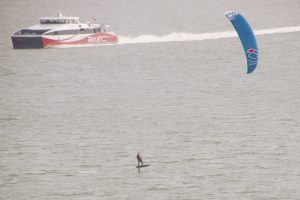 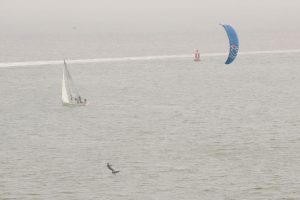 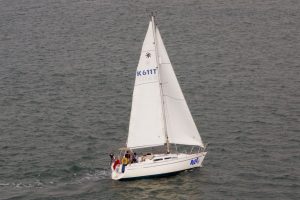 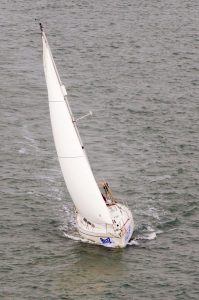