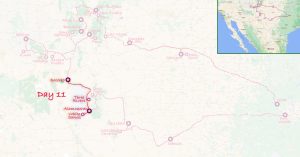 Tuesday October 18th: Breakfast at Denny’s and then, to try to make up for yesterday’s rush, a visit to a gift shop in Socorro. Then south on the I25 before heading southeast on US380 to Carrizozo and another gift shop… “La Luna”! 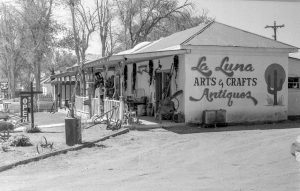 We visited the Three Rivers petroglyph site off the US54 south of Carrizozo. I’m always sceptical when “religious significance” is attributed to prehistoric artefacts. I don’t think that the graffiti under Northam Bridge in Southampton have religious significance and, apart from not having invented spray cans yet, I doubt that the Indians of that time were that much different from us. They found a place where you could draw on rocks by hitting them with stones and they “went for it”!

We took photos of the petroglyphs but the lasting memory is of the large dust devils swirling over the White Sands Missile Test Range and the Trinity Site which we had passed earlier. 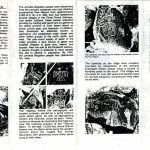 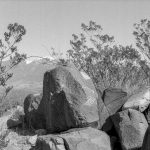 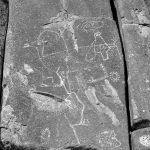 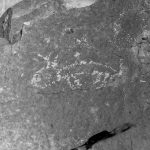 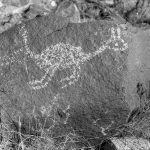 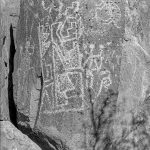 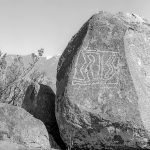 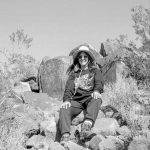 Continuing south through Alamagorgo we arrived at the White Sands National Monument in time to enter the Park for sunset  over the white dunes. We took some photos but given the evening light, recovering the images from the negatives is a challenge for my scanner! Despite it being near evening the wind was still strong as Nicky was trying to illustrate. 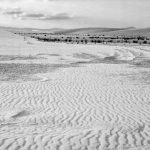 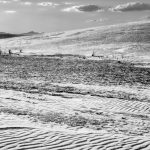 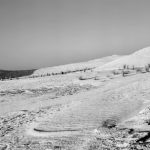 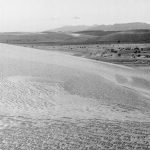 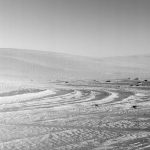 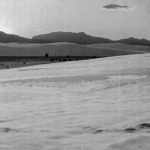 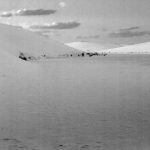 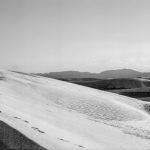 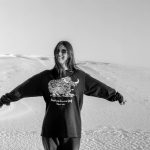 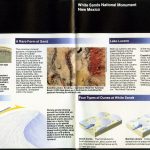 We returned to Alamogordo and got a room at the Motel 6 at the cross roads. Antonios Restaurant for dinner seemed like in the Bagdad Cafe film. The only others eating seemed to be family or friends of the owners; we seemed to be the only actual customers!

[Previous: Gallup-Zuni-Acoma-Socorro]       [Next: to Carlsbad via White Mountain]