Taos pueblo (from their publicity leaflet) 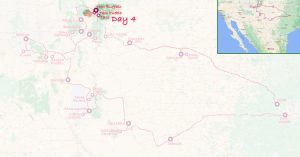 Tuesday October 11th: Up to now each day had been sunny but there was an early morning ground frost at New Buffalo. We visited Taos Pueblo, our diary notes only mention gift shops and fry bread! I think we bought some dream catchers from one of the traders – at least we felt they had come from an authentic place! 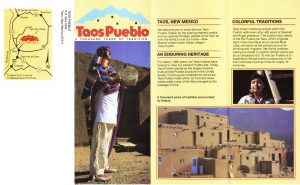 We met the English couple from New Buffalo and went on an organised tour of the pueblo.

Then we went into Taos where the diary says “we got the camera fixed” which must explain the lack of any photos so far on the trip.Nicky bought a hat against the sun, and we eat ham sandwiches in a deli which were unexpectedly huge. 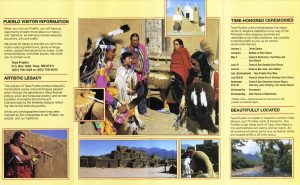 Drove north from Taos to the Rio Grande Canyon Park where I walked to the bottom of the gorge. Back at New Buffalo we made ourselves a meal in the communal kitchen area before turning in for the night. 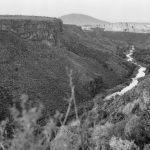 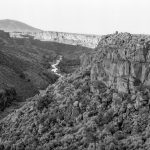 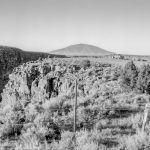 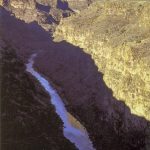