Day 14: Odessa to Fort Worth Stockyards 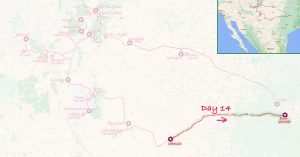 Friday October 21st: Breakfast at the Carrows in Odessa was slow because there was an Oil Show on in town and they were very busy.  We started out for Fort Worth on the I20 but swapped to US180 on the assumption that it would be more interesting than the Freeway. The first part of the drive was through the Permian Basin oil fields with lots of “nodding donkeys” – flat Texas country.

We arrived at Fort Worth around 1800. There was a large cumulonimbus cloud to the east with mamma lit by the evening sun. The radio was warning of flash floods and tornados touching down. We neither knew where they were or what to do if caught by one.

Having checked in at the Motel 61 we went to the Stockyards and, after wandering up a street of old stores we had 12oz T-bone steaks in the Star Cafe and didn’t get back to the motel until around 2330.

Photo Gallery: on the road2… 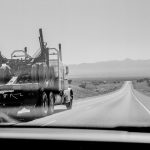 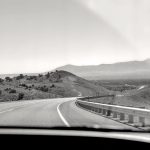 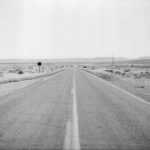 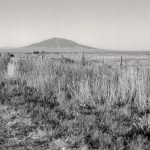 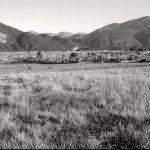 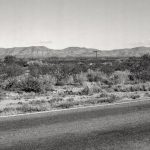 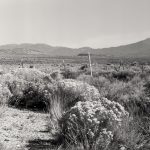 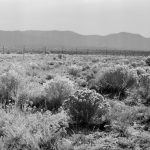 1 We used Motel 6 a lot because the rooms were cheap. Like most motels and hotels in the States, you could often negotiate a discount if they had rooms to spare by early evening. We had a routine where Nicky went in and negotiated while I sat in the car ostensibly ready to leave if the price was not right! According to Wikipedia, originally Motel 6 offered rooms for $6 and from 1990 it was owned by the French Accor group.

2 These photos were almost certainly taken in New Mexico rather than Texas, but I don’t know exactly where so I’ve included them here since it was a day of driving.

[Previous: Carlsbad Caverns]       [Next: Fort Worth and the Flight Home]