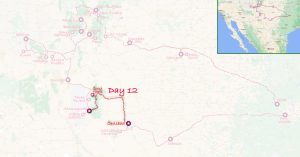 Wednesday October 19th: Breakfast at Denny’s …again! Then we drove up into the mountains around Cloudcroft (never imagining that in six years time I would be part of an editorial working group there).

Rounding a bend we saw a large spider in the road, it had hairy legs and a pale body and we assumed it was a tarantula.  Worried that it would get run over we used the New Mexico map to persuade it to go to one side. At first it reared up at the map, but it didn’t seem aggressive. 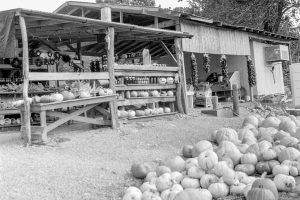 On route we saw an old railroad trestle bridge and also a stall with pumpkins ready for Halloween, and the drying chillies so typical in New Mexico.

We carried on through Cloudcroft into the Mescalero Apache reservation. It seemed deserted; no Apaches, the gift shops closed up, we didn’t check the Cassino (“an Apache Tribal Project”). Beyond the Reservation we took the NM48 north to Angus and then the NM107 to the parking lot where the pavement1 finishes and the road turns into a trail. 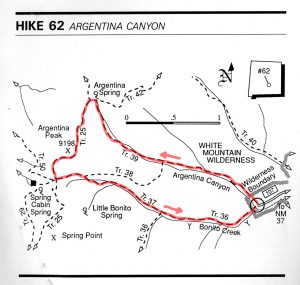 We had decided to do “Hike 62: Argentina Canyon” in the Hikers Guide2, described as a 6.5 miles moderately easy hike through the high forest of the White Mountain Wilderness area, and at an elevation of 7800 to 9100 feet.

From the Crest Trail there were distant views over the Tularosa Valley – in effect a similar view to that from the Three Rivers Petroglyph site but from a much greater elevation. 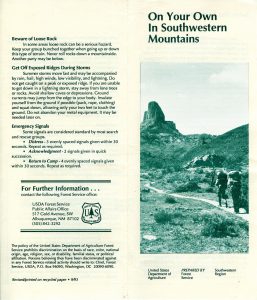 During the whole hike the only “life” we saw was three people on horses (which were nervous of meeting people on foot!). Indeed, the Forestry Commission leaflet on staying safe in the mountains talks of avoiding heat storke or hypothermia, or being struck by lightning3 but doesn’t mention dangers from wild life. It does mention avoiding being shot by hunters, and back in the car park we did see hunters on horseback passing through.

Ironic then that, driving back down NM107 towards the highway we saw groups of mule deer, a raccoon nosing around near the road, and a coyote which ran off into the woods.

It was dark for much of the drive onwards to Carlsbad where we checked into the Motel 6 and dinner was soup and bread eaten in the motel room!

Photo Gallery: towards Cloudcroft and into the mountains… 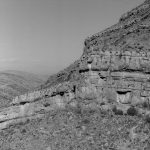 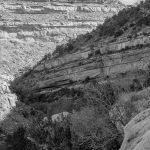 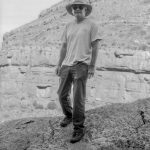 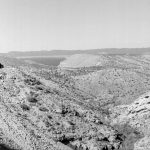 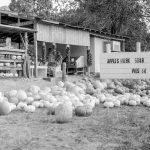 1 “pavement” in North America means the road surface. If you see a road sign saying “pavement ends” slow down. In the UK it would mean that there might be pedestrians in the road. In the USA and Canada it means you will soon be driving on an unmade road surface!

3 Late afternoon/early evening lightning storms are a hazard in New Mexico, you are advised to be off the high ridges by that time of day.

[Previous: Three Rivers and White Sands]       [Next: Carlsbad Caverns on to Odessa ]